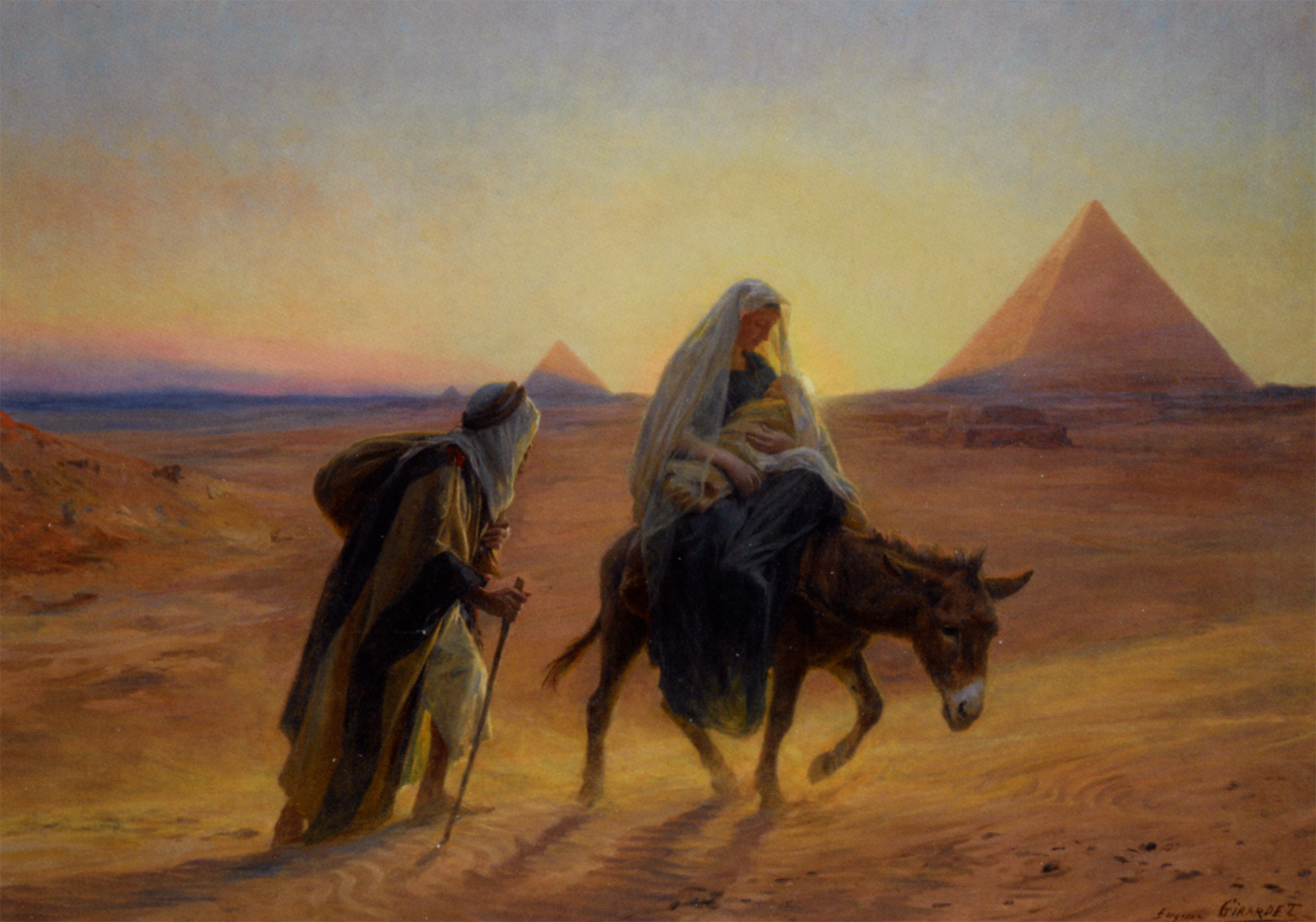 They are dead which sought the young Child’s life. – Matthew 2:20.

We learn from Matthew 2:13-23 that when the Wise Men had departed from Bethlehem, behold, the angel of the Lord appeared to Joseph in a dream, saying: “Arise, and take the young Child and His mother, and flee into Egypt, and be thou there until I bring thee word; for Herod will seek the young Child to destroy Him” (v. 13).  And Joseph arose and took the young Child and His mother by night, and departed into Egypt (v. 14). – When Herod concluded that the Wise Men were not going to return and bring him word of the Christ-Child’s whereabouts, he was exceeding wroth, and sent forth, and slew all the children that were in Bethlehem and in all the borders thereof, from two years old and under, according to the time which he had diligently inquired of the Wise Men (v. 16).

Then was fulfilled that which was spoken by Jeremiah the prophet, saying: “In Rama was there a voice heard, lamentation, and weeping, and great mourning; Rachel weeping for her children, and would not be comforted, because they are not” (v. 18).  But when Herod was dead, behold, an angel of the Lord appeared in a dream to Joseph in Egypt, saying: “Arise, and take the young Child and His mother, and go into the land of Israel, for they are dead which sought the young Child’s life” (v. 20).  And he arose, and took the young Child and His mother, and came into the land of Israel. But when he heard that Archelaus reigned in Judea after the death of his father, Herod, he was afraid to go to Bethlehem. And being warned by God in a dream, he turned into the parts of Galilee, and dwelt again in Nazareth. Thus two prophecies were fulfilled, “Out of Egypt have I called my Son” (v. 15b) and: “He shall be called a Nazarene” (v. 23b).

Carnal-minded Herod meant to kill the Christ-Child, but God rescued Him. The carnal-minded world means to destroy the Church, Christendom, but God will keep it, and will finally take it to Himself in heaven.  To the world, however, that saying applies: “They are dead who sought the young Child’s life.” And what then? Ah, fear not the impotent rage of Christ’s enemies!

PRAYER. – Christ Jesus, true God and man, bring to naught the counsels of all who persecute Thy holy name, that their wicked machinations may be put to shame with them. But let us, whom Thou hast taken into Thy gracious favor, enjoy the protection of the holy angels, that we, being protected in body and soul, may lastly, with joy, enter eternal life, which Thou hast merited for us by Thy willing death on the cross. Amen.

The Church’s one foundation,

She is His new creation,

by water and the Word.

From heav’n He came and sought Her,

to be His holy Bride;

with His own blood He bought Her,

and for Her life He died.