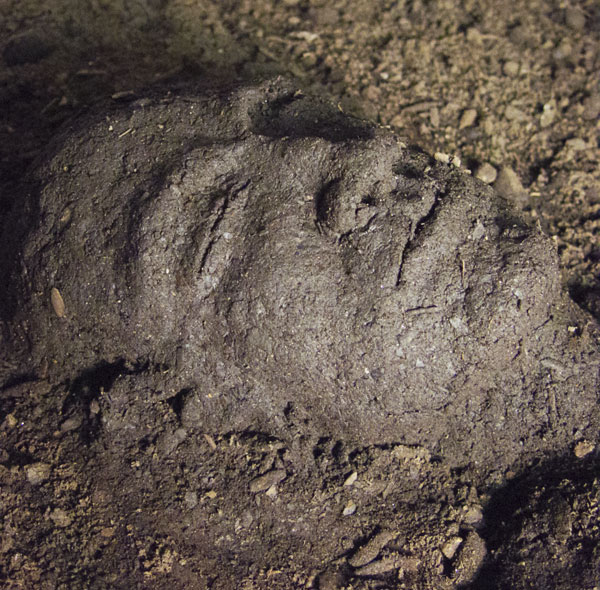 This word was originally spoken specifically to Adam, who had been formed “of the dust of the ground” (2:7).  But it was meant for Eve also and for all the children of Adam, for all mankind, for all upon whom “death passed” as the result of Adam’s sin and because of their own sin (Romans 5:12).

With this word God created temporal death in particular, the departure of the “breath of life” (cf. Genesis 2:7; 6:17) from every living thing and the subsequent decay of their mortal bodies.  And all the creatures of the earth, even the animals, fall beneath the doom of this word because of sin.  Temporal death is the result of sin even for God’s lesser creatures without immortal souls, creatures which do not commit sin, are not accountable for or guilty of sin, and therefore are not punished for sin.

Nevertheless death is a horrible and dreadful thing even for the animals.  In the throes of death they fight for every breath, as instinctively they resist death and the end of their temporal existence.  But we, the living children of men, created by God with immortal souls, souls that, since the fall of man into sin (Genesis 3), are depraved and corrupt by nature from conception (Psalm 51:5), experience temporal death as the event which, at its very moment, brings us to our final judgment.  “It is appointed unto men once to die, but after this the Judgment” (Hebrews 9:27).  That is the worst feature of temporal death for human beings. “Then shall the dust [of mortal flesh] return to the earth as it was, and the spirit [the immortal soul] shall return unto God who gave it” (Ecclesiastes 12:7) to receive it graciously into heaven according to the righteousness of Christ imputed to it by faith (Romans 4:5, 16, 24) or to consign it to eternal death in the destruction of hell (Matthew 10:28) as the “wages of sin” (Romans 6:23), the punishment that awaits all impenitent unbelievers (Luke 13:3; Mark 16:16; Matthew 25:46).

Tragically many seek death and even commit suicide in order to escape the misery of life.  They are fools.  But, for true believers in Christ Jesus, who by His vicarious satisfaction of God’s justice “abolished death and hath brought life and immortality to light through the Gospel” (II Timothy 1:10), “the sufferings of this present time,” including the pain and anguish often experienced in temporal death, “are not worthy to be compared with the glory that shall be revealed in us” (Romans 8:18), “the gift of God …eternal life through Jesus Christ our Lord” (Romans 6:23b).  Thus for the believer temporal death has no sting; and the grave, wherein the dust shall return to the dust, has no victory; “but thanks be to God, which giveth us the victory through our Lord Jesus Christ” (I Corinthians 15:55-57)!

PRAYER – Lord Jesus Christ, my only Savior, I thank Thee that Thou didst conquer death by becoming the propitiation for the sins of the whole world and by winning forgiveness, righteousness and salvation for every soul of man.  By faith I have those blessings as my very own and therefore need not fear even temporal death when my end here on earth comes about.  Keep me steadfast in the faith even unto the end and grant me a peaceful departure and a gracious entrance into Thy heavenly kingdom.  Amen.

My end to ponder teach me ever and, ere the hour of death appears,

to cast my soul on Christ, my Savior, nor spare repentant sighs and tears.

My God, for Jesus’ sake, I pray Thy peace may bless my dying day