“Now Thank we all Our God!” 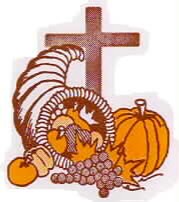 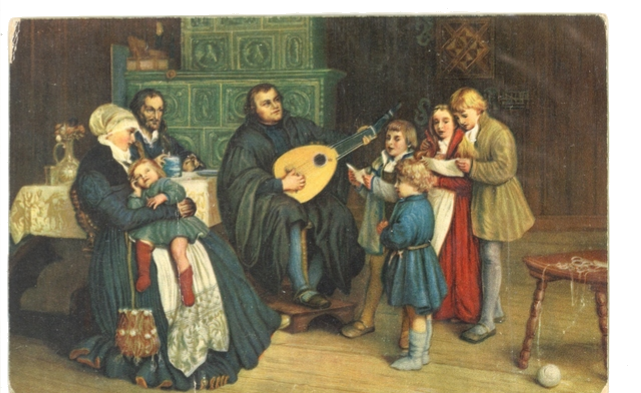 Without doubt one of the most popular and well-beloved thanksgiving hymns is that of Martin Rinckart entitled as above, “Now Thank We All Our God!”  Not only is it found in The Lutheran Hymnal (1941) as Hymn #36 in the Worship and Praise section, but it is included in practically every published hymnal of every Christian denomination, both here and abroad.  It is sung not only at worship services and on special occasions of general thanksgiving, but its broad appeal makes it suitable for everything from weddings to funerals; and many Christians know the three stanzas by heart and can sing them spontaneously from memory.

Much of the hymn’s popularity stems from its having been taken by Johann Sebastian Bach (1685–1750) as the theme, melody and lyrical content of his Cantata No. 79 and of his great chorale organ prelude in G major, “Nun danket alle Gott!” (BWV 657).  Then also, about a hundred years later, in the 1840 commemoration of the 400th Anniversary of Johannes Gutenberg’s invention of the printing press, out of gratitude to God especially for that invention’s role in the mass production and distribution of the Scriptures, Felix Mendelssohn-Bartholdy (1809–1847), the Jewish-Lutheran composer of the powerful “Reformation Symphony” (No. 5), used the hymn as the thematic material for his 2nd Symphony in B flat major, Opus 52, “Lobgesang” (“Hymn of Praise”).  These monumental works still today belong to the repertoire of every major orchestra and choral society and are available as recordings on literally hundreds of labels.

It is interesting to note that this hymn and only one other in The Lutheran Hymnal (#581, “All Ye Who on This Earth Do Dwell,” by Paul Gerhardt) are designated by the hymnal’s editors as having been based on a passage from the Old Testament Apocrypha, namely, from Luther’s translation of the Book of Sirach (also known as Ecclesiasticus), chapter  50, vv. 22-24.  However similar the lyrics are to the text of that passage,  the claim is doubtful at best.  Very few of our hymns are actually based on specific texts of Scripture, according to research into their original form, any commentary available on the part of the author, and citations included in their publication; and the earlier German Lutheran hymnals do not indicate Bible texts (in most cases) as the source of the authors’ words.  It appears that the editors of The Lutheran Hymnal (1941) simply chose the texts they cited as being very close in content to the lyrics of the hymns, thus making it convenient, particularly for pastors, to select hymns appropriate to texts on which they were preaching.

In any case, Martin Rinckart, a Lutheran pastor in the walled city of Eilenberg in Saxony during the Thirty Years’ War (1618-1648), wrote this wonderful hymn of praise and thanks to God during a time of great trial and tribulation.  During the course of that war in which Catholic and Protestant forces practically reduced Germany to rubble, Eilenberg had become a city of safety for displaced fugitives and refugees; and crowded conditions with many sick and wounded, coupled with poor sanitation, polluted drinking water, and malnutrition due to a protracted famine, gave rise to waves of pestilence and heavy casualties.  Death and destruction were everywhere; the population of Germany was reduced by as many as ten million people; and Eilenberg itself was hard hit.  In the plague of 1637 alone, Pastor Rinckart conducted some 4,500 burial services, including that of his own wife and two fellow-pastors, sometimes as many as forty a day!  This hymn was penned in those horrendous years for the encouragement of Rinckart’s own children and for the edification of his flock.  It might well have been inspired by Job’s statement, made under very similar  circumstances: “The Lord gave, and the Lord hath taken away.  Blessed be the name of the Lord!” (Job 1:21), or by St. Paul’s exhortation: “In everything give thanks!” (I Thessalonians 5:18).  We include this little bit of history to increase our appreciation of this precious hymn and, at the same time, gratefully to recognize, as we sing its time-worn words, how little we have suffered in comparison and how richly we have been blessed with both spiritual and temporal bounty for Jesus’ sake!

Rinckart sings and exhorts us to join him:

“Now thank we all our God
with heart and hands and voices,
who wondrous things hath done
in whom His world rejoices!”

In I Chronicles 16:7ff. we read that, when King David returned the Ark of the Covenant to Jerusalem from its 70-year exile of sorts in Kirjathjearim (after it had been rescued from the heathen Philistines in the days of Samuel), “David  delivered first this psalm to thank the Lord into the hand of Asaph and his brethren:  ‘Give thanks unto the Lord, call upon His name, make known His deeds among the people.  Sing unto Him, sing psalms unto Him, talk ye of all His wondrous works…;’” and he went on to recite many of the blessings that the Lord had bestowed upon His people.  These words, as well as the many songs of praise included in the Book of Psalms by inspiration of the Holy Ghost, call to mind not only God’s abundant, gracious gifts  to His people both temporal and spiritual but also their solemn obligation and great privilege, motivated by the Gospel, to render Him due thanks for the same.  Luther, in his explanation of the First Article, enumerates many of those blessings to us as well and concludes:  “For all which it is my duty to thank and praise, to serve and obey Him.”  And Rinckart, in his hymn of thanksgiving, reminds us of God’s consistency in granting His gracious gifts to us, not in “hit-or-miss” fashion, but richly and daily throughout our entire life:

“Who from our mother’s arms
hath blessed us on our way
with countless gifts of love,
and still is ours today!”

While this part of the stanza seems to paraphrase Ecclesiasticus 50:22, “…which exalteth our days from the womb, and dealeth with us according to His mercy…,” we do not have to assume that Rinckart’s words are based on this apocryphal text since the same truths are taught in many passages of God’s own Word (cf. Psalm 71:6; 139:13-14; Isaiah 44:2-4, 24; etc.).

And, following upon our grateful recognition of the Lord’s bounteous blessings, we now with Rinckart beseech His continuous, gracious blessings upon us throughout our lives, according to His promises to us, singing:

“Oh, may this bounteous God
through all our life be near us,
with ever joyful hearts
and blessed peace to cheer us!”

In Isaiah 55:10 and 11, the Lord through His prophet promises fruit to the regular and consistent proclamation of His Word, saying: “So shall My Word be that goeth forth out of My mouth: It shall not return unto Me void, but it shall accomplish that which I please, and it shall prosper in the thing whereto I sent it” (v.11b).  And then He adds: “For ye shall go out with joy and be led forth with peace; the mountains and the hills shall break forth before you into singing, and all the trees of the field shall clap their hands” (v. 12).  Indeed, the “best gifts” (I Corinthians 12:31) that believers, the members of Christ’s body,  receive from their bounteous God are those which accrue to them by means of His precious Word, despite “tribulation, or distress, or persecution, or famine, or nakedness, or peril, or sword,…[so that] in all these things we are more than conquerors through Him that loved us!” (Romans 8:35, 37).  Thus, according to His promise, He will be with us and never forsake us (Hebrews 13:5b); “‘for the mountains shall depart and the hills be removed; but My kindness shall not depart from thee, neither shall the covenant of My peace be removed,’ saith the Lord that hath mercy on thee” (Isaiah 54:10).  Through His everlasting Gospel, He will

“…keep us in His grace
and guide us when perplexed
and free us from all ills
in this world and the next.”

“Now the God of hope fill you with all joy and peace in believing, that ye may abound in hope through the power of the Holy Ghost,” writes the Apostle Paul in Romans 15:13.  And in confidence of that assurance, Rinckart breaks forth in a beautiful Trinitarian doxology, in a metrical paraphrase of the Gloria Patri (TLH, pp. 6, 16, 30, 32, 38, 41, 43 and 46; cf. Jude 25), as the sum of what has gone before, as the fitting praise to the entire Triune God for His abiding blessings and to each of the persons to whom specific works and benefits are respectively attributed and ascribed by the Scriptures, singing:

“All praise and thanks to God
the Father now be given,
the Son, and Him who reigns
with them in highest heaven,
the one eternal God,
whom earth and heaven adore!
For thus it was, is now,
and shall be evermore!”

It is said that, though it had been composed and published already a dozen years previously, this hymn was sung throughout Germany when the Peace of Westphalia was concluded in 1648, bringing to an end one of the most devastating wars in recorded history.  Having survived its grueling privations, sufferings, sorrows and tribulations, Martin Rinckart died at the age of 63, just one year after the Thirty Years’ War ended.  By His comforting and edifying Gospel, even in the worst of times, the Lord had indeed kept Rinckart in His grace, guided him when perplexed, and finally freed him from all ills by receiving him into the bliss of heaven.  “O give thanks unto the Lord, for He is good, because His mercy endureth forever!” (Psalm 118:1).  Amen!